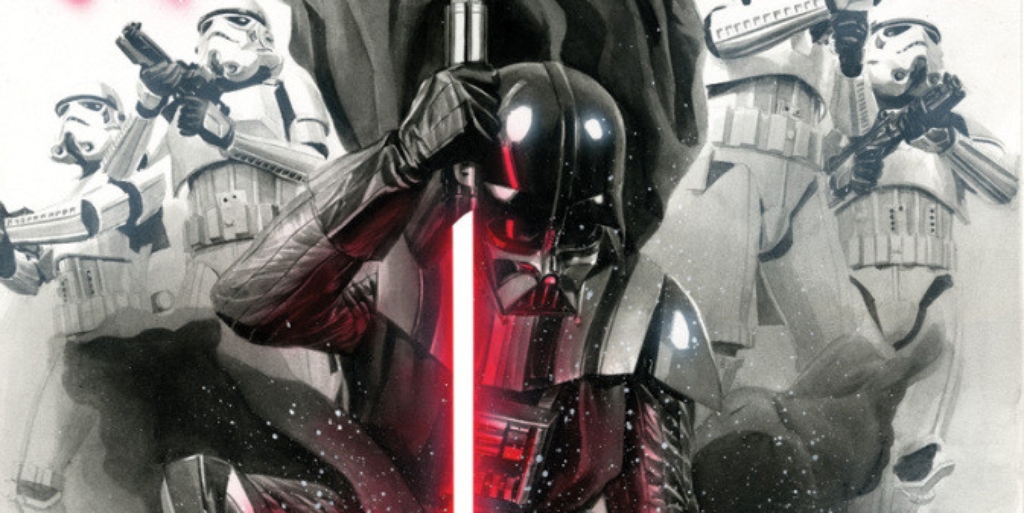 Marvel continues their Star Wars relaunch with another strong addition Darth Vader #1. Going into reading the book I expected not to like it. In fact I was dead set on hating it (if not for another reason than to be that hipster who dislikes things others like). However, I admit that I was hooked from the first beautiful splash page and calling card credits which were skewed to be pro the empire. Kieron Gillen crafts a story that is successful in completing two tasks. First it introduces a compelling story-line which includes a few of the most recognizable villains (no spoilers) in the Star Wars universe. Second it makes Darth Vader more than just a two dimensional bad guy. Gillen spins Darth Vader in such a way that he becomes a figure you could sympathize with. He’s still not lovable, but he’s someone a lot of people can relate to. After all haven’t we all had at least one terrible boss? The art by Salvador Larroca was a good fit for the tone of the comic. I especially liked the handling of the action sequences. He was able to convey a lot of action and movement in just a few frames. Larroca also drew Darth Vader exceptionally well. I swear at one point he made Darth Vader appear to have a facial expression. The coloring choices by Edgar Delgado complimented Larrocas art. Delgado stuck to mainly dark muted colors, but struck out with bright, vibrant colors at appropriate times. In my opinion this comic is a great addition to what has been a incredibly success relaunch of the Marvel Star Wars universe.   .